Mamra almond is one of the most important horticultural products in the country. Due to its unique properties such as high efficiency in water consumption and fruit production, high optical saturation point, specific fruit growth curve, osmotic compatibility in leaves, special leaf and fruit morphology and strong and vertical rooting system It can survive in unfavorable soil conditions such as calcareous and calcareous soils with little moisture. Hence, mamra almond is mentioned as a drought tolerant or dehydrated tree.

At Dorinam, we have reviewed all the laws of different countries and we can help traders and traders to export almonds with great precision. This is important for traders to continue to trade stably. 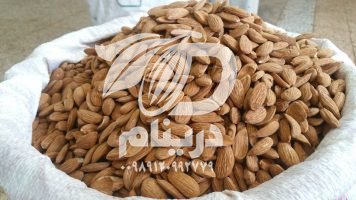 Due to Iran’s location in arid and semi-arid regions and water shortage in Iran, as well as ease of harvesting, transportation and storage of products and high employment in almond production and processing, this species has long been considered by Iranian gardeners. Therefore, the cultivation of mamra almonds in Iran has a long history and our country has long been one of the main centers of mamra production in the world.

In addition to the high cultivation area of ​​mamra almonds and Rabi almonds in the country, there is potential for developing its cultivation areas. Therefore, the development of planting and production of this product must be in accordance with international standards in order to maintain Iran’s position in the intense global market competition.

In mamra almonds, the time of flowering or the onset of organogenic activity of the meristems occurs around the end of August and the first half of September, and the general course of organogenesis in most cultivars is between 3 to 8 weeks. At this time, internal and external needs and stimuli for flower bud formation are provided and effective.

In general, the formation of the beginning or initial flower design is a major change that causes mamra almond trees to enter from the vegetative stage to the reproductive stage. In other words, when mamra almond trees have reached a certain age in terms of growth, with the provision of internal and external needs of the plant, differentiation and flower formation will take place. Basically, flower formation requires physiological and morphological distinction.

Usually 7 to 6 weeks before the physiological differentiation of fertile buds in most mamra almond cultivars, various compounds including hormones and carbohydrates are transferred from the leaves to the buds and RNA metabolism is increased to provide the proteins needed for cell formation and evolution. Produce new. Simultaneously with the increase of ribonucleic acid and protein, the rate of 9 cell divisions increases and in the period of morphological differentiation, after fundamental changes in the bud, different parts of the flower are formed.

The origin of almonds is the Iranian mamra cultivar, which has an average late flowering time. The ripening time of the fruit is early and the type of woody skin of the fruit is very hard with the taste of sweet kernel and 26% kernel. Rabi and white pollinator cultivars have high yield.

To buy and export mamra almonds, the supply price is definitely needed, we are the leader in the production and export of mamra almonds in Iran, because we provide mamra almonds and other dried fruit products to buyers and traders at a real and fair price.

Dorinam Company, a direct supplier of various types of nuts, domestic and foreign 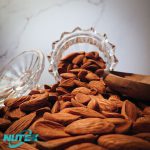 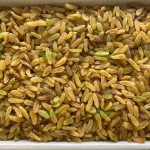 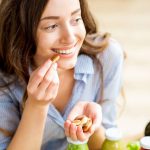 Benefits of eating nuts in COVID-19 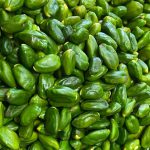 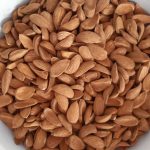 Best almond in india on the market 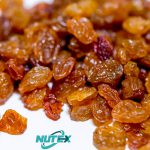 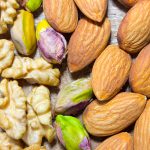