Consulting and sales – you register we call.

By drying dates and producing powder from it, while increasing the shelf life of second and third grade dates, it can be used in the formulation of industrial foods as a substitute for all or part of the consumed sugar. In this study, five varieties of Iranian dates named: Kabbab Behbahan, especially Behbahan, Samran Abadan, Zahedi and Shahani Larestan were used to produce powder. After analyzing the varieties, they were dried in a vacuum oven at 70 ° C to a humidity of less than 5%; Then, once a mixture of raw sugarcane and dried dates and once again a mixture of white sugar and dried dates in four levels of 10, 15, 20 and 30% sugar were crushed by a mill. After selecting the best sugar ratio, which was 20%, silicon dioxide in three levels of 0.5, 1 and 1.5% was added to the powder containing 20% sugar in order to maintain flowability (powder state) to the product. The results showed that drying dates under the above conditions did not cause significant changes in the amount of reducing sugars and total sugar in dates and the final pH of the powder remained almost constant for at least six months. 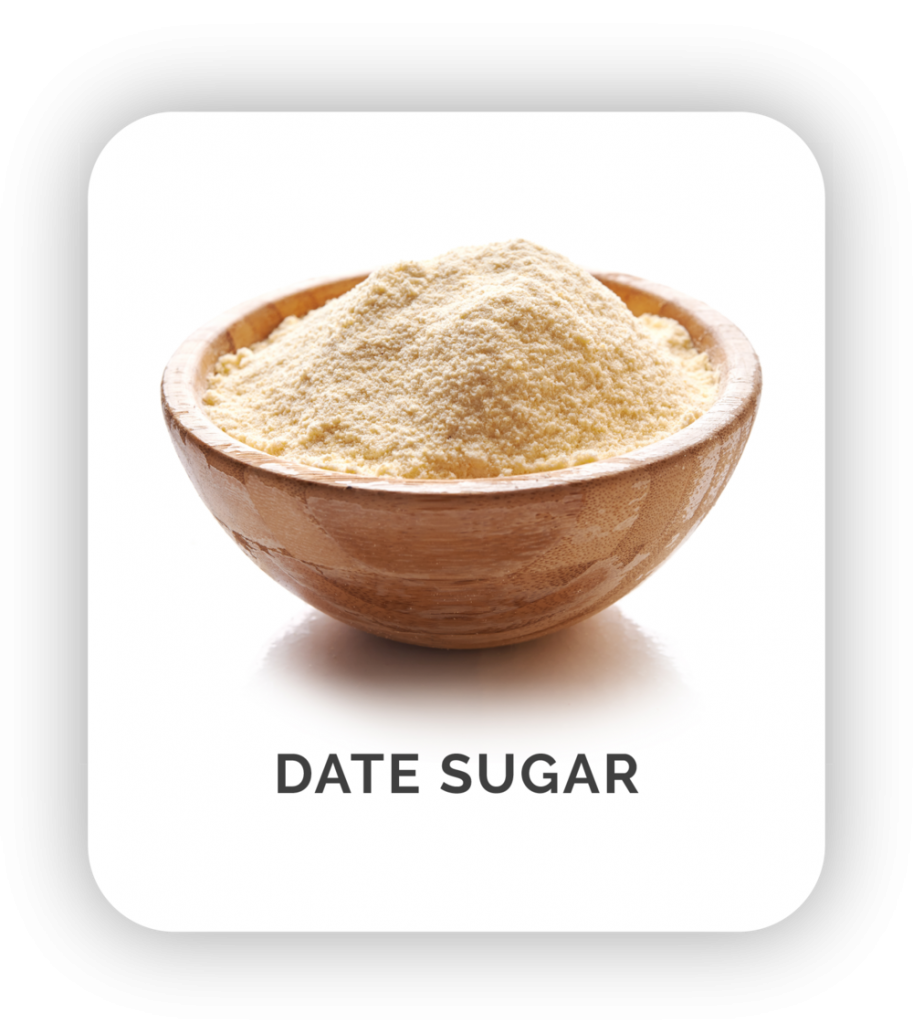 The flowability of the powder containing 1.5% silicon dioxide is fully maintained for six months. From the produced powders, date milk with a concentration of 125 g of powder per liter of milk was prepared and their taste was evaluated by panelists and it was found that there is a significant difference at the level of 1% between ten types of powders. In the case of royal, kebab and special varieties, the use of raw yellow sugar compared to white sugar increases the acceptance of date milk.

Date cultivation has a long history in Iran and is currently one of the most important products and strategy of the country. However, the production of by-products of this product has not progressed significantly. One way to use dates in the food industry is to replace them with sugar in food formulations. Date powder is a new product from dates that can be used in food and beverages, and on the other hand, with the production of date powder, its storage and transportation costs are reduced. In this study, date powder was obtained by adding desiccants (surfactant, pectin, whey protein concentrate) to date juice, using spray dryer (drying at different temperatures). Experiments were designed by Taguchi method and data analysis was performed using qualitative software [1]. The effect of different variables on powder production performance, volumetric density and moisture content of the powder was investigated. The results showed that pectin with a 35% share, had the greatest effect on improving the production performance of powder, on the interaction between surfactant and pH compared to other variables is also effective in improving performance. Treatment 7 with 5% pectin, 14% protein concentrate (which formed a complex at pH 5) and 1% surfactant had the highest yield (67%) compared to other treatments. Increasing the temperature reduced the yield, increased the humidity and decreased the volumetric density of the resulting powders.

Contact our Consultants and Experts for Advice and Purchases