The price of exported almonds in Iran is one of the most profitable statements of almond buyers. For some time now, some Iranian products have been and are well-known; Like Iranian rice, Iranian wheat and barley, Iranian cloth, Iranian carpets, etc. …… Nowadays, Iranian almonds have been added to the list of the best products in our country. Almonds are one of our best products, but they have become more popular in recent years due to their increased exports.

The almond tree is a tree with long and narrow leaves, whose flowers bloom before the leaves grow. The fruit of the tree first has a green, thin, fluffy skin that is called almond chunks, which harden after a while. Its brain is of two types: sweet and bitter. Fars, Chaharmahal Bakhtiari, Khorasan Razavi, North, South, Hamedan, Markazi, East Azarbaijan, Yazd, Kermanshah, West Azerbaijan, Qazvin and Lorestan provinces have the highest almond production. The country’s almond percentage is produced in Chaharmahalo Bakhtiari, and this province ranks first in the country.

The most famous almonds are produced in Iran, in Fars province, Kerman, and bulk roasted almonds. Iran has a special place among dried fruit exporters. And our country is in fifth place in the global production of this product. The most important factor in reducing the export of this product is the weakness of marketing. There are almost no almond orchards in Iran. For this reason, there is no clear and precise sizing that is very popular in global markets. The low average yield of this product in the country compared to other countries in the world and the raw and bulk export of almonds is one of the major problems of production and export.

Global demand for almonds bulk in 2020

One of the types of almonds produced in our country is midwifery almonds. This type of almonds, which has a relatively thick skin appearance and a sweet brain, is mainly exported to India. Most of the production of midwifery almonds in the country is related to some functions of Isfahan province and the specific causes of Saman city located in Chaharmahal and Bakhtiari province. Another example of Iranian almonds is bitter almonds. This type of almond is used in the pharmaceutical and cosmetics industries. And due to its bitterness, it is not used orally, but it has not lost its character and has a pleasant smell and various bulk almonds in shell.

Which is commonly used as a powder or oil? There are different types of export almonds that are popular among the people in the Iranian market. In recent years, sales of all kinds of export almonds have grown significantly, always encouraging consumers to buy. The issue of buying and selling almonds has been very well received due to the unique properties of nuts, and the best of this type of almond, which is called export, is an excellent example such as midwifery and paper skin. The point to be made is that the customer is not just looking for one side of the issue, which is quality, to buy their product, and will be 100% the ultimate goal of price and cost. 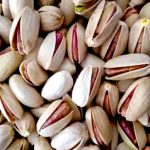 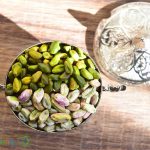 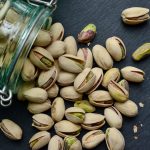 Exporter of Iranian pistachios to Turkey 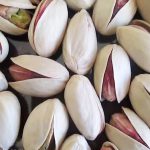